Another day another gathering of

Well more TIAS's!!!
Tomorrow will be day 8 but meantime I'm giving Saturday a break so people can catch up. So, here's the first from Carol who says
"Hello Jane:
I'm back to thinking about this project becoming
a seahorse or an alligator ...
Looking forward to day 8.
After awhile, crocodile.
Always, Carol in NW Indiana USA
blogging as Lelia at Stitches of Life II
https://lelia-stitchesoflife.blogspot.com/"
See you later, alligator is my reply, Carol!!!! 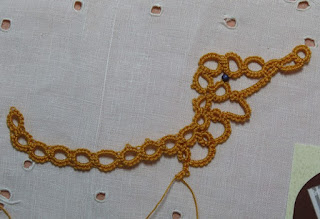 Sam is next to arrive and she says
"Hi Jane.
I am really enjoying the tatting and the associated read through everyone else’s guesses. I am sticking with my seahorse guess, though I can see the dragonboat. Lol.
Here is the link to Day 7 on my tiktok. https://vm.tiktok.com/ZSeby5bsE/
Happy Tatting.
Kind Regards
Sam"
It does look like a seahorse I must admit but don't forget things can change in the blink of a day!!! 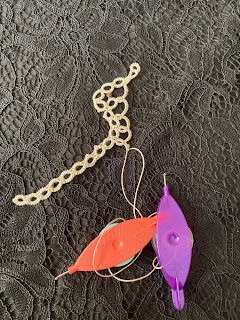 The next set of pictures come from Mary Anna who Patricia nobly assists in getting the instructions to her then over to me when they're done. So here we have days 3 to 6. 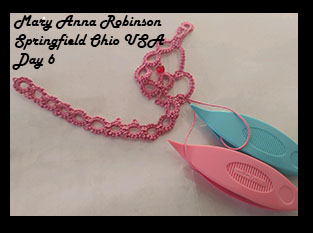 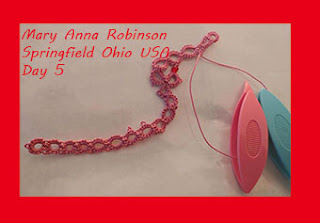 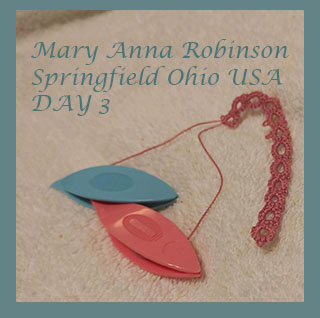 Anita's just arrived with her fantastic picture of her guess. She says
"Hi Jane,
It is an hummingbird! :-)" 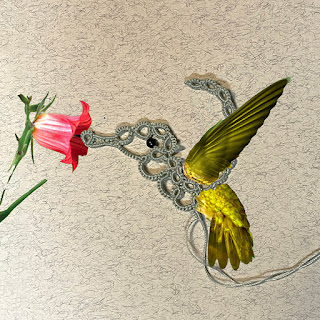 Next to arrive are three from Ireland and Pamela says
"Here are our Day 7 little Irish toot-tooters! Blowing their own trumpets, alligators, sea horses or duck filled tatty pusses. We really have no idea!
Pamela" 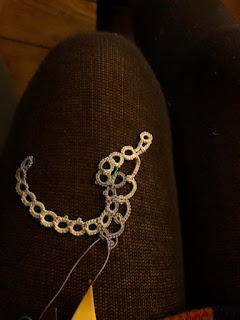 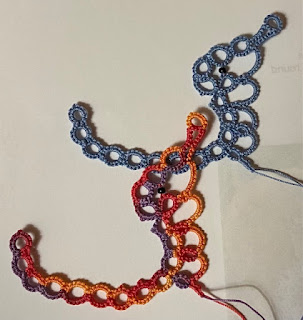 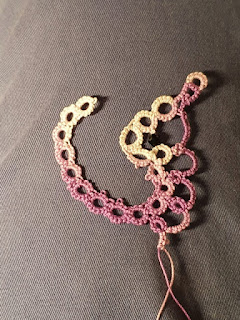 Grazie un saluto da Roma
Hi Jane, here is my day 7, I'm having a lot of fun and I'm very curious ... I have read all the hypotheses about what will come out and maybe maybe even for me the idea of ​​a beautiful crocodile or maybe more of a hummingbird is gaining ground? Of course there is a big difference!

Thanks a greeting from Rome"
Yes a big difference between a hummingbird and a crocodile!!  One of them bites!!! 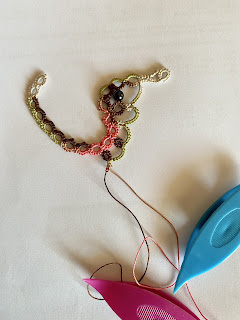 Janet has just popped into my inbox with her comment and picture. She says
“Hi Jane, not guessing just enjoying. Trying to finish a birthday card at the same time! All best wishes , Janet”
Good luck with finishing the card, Janet.  More important than the TIAS which will wait for you!!! 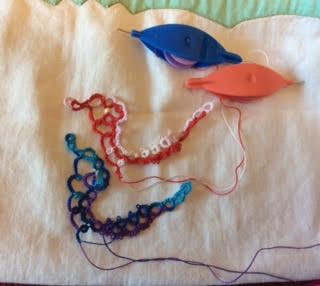 Next to arrive is Joanie who says
“Here is Day 5 and Day 7! Ohhhh myyyyy!!! Day 5, he “spoke“ to me!!! And I gasped!!! He was looking RIGHT at me!!! My guess is a hummingbird!!! Rick knows Jane too well and is going along with me right now!!! But he is VERY curious about the “belly button” that the hummingbird has just acquired!!! (It is an outie!)”
I’ve never heard of an ‘outie’ before, Joanie but I understand now as I’ve just googled it - it’s a belly button!!!! That’s HILARIOUS but probably exactly right!!!  Or is it? 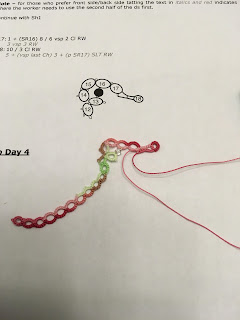 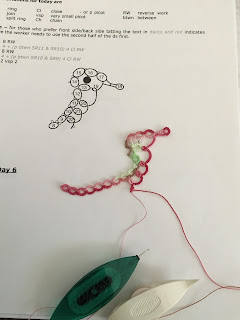